In my work I am (often subconsciously) looking for something bigger than myself and something sublime. Last sunday I planned on doing an intervention during a storm with big waves that hit the rocks around me. When I arrived at the location I found out that the heavy rain caused the cliffs to become brittle and I witnessed a lot of small avalanches. I realized that at this moment I had the rare opportunity to create something sublime with pure elements. However the risk of doing this intervention would be very high and I had to wonder whether it would be worth it. Eventually I had to make the decision not to do it as it would risk both me and the rest of the works that I would be making here. I decided to postpone it and try again two days later.

The waves that day were higher than I planned on but it would still be safe enough to do the intervention. During the build up I found out that the rocks were a lot more slippery than before and at some point I got into a dangerous situation where the chance of getting stuck underwater was very high. Unfortunately I had to leave behind my food, tripod and my work in order to make it back to a safe height. I planned this intervention for two weeks in order to minimize the risks and to know exactly what I could expect in all the different situations. In the end working with the forces of nature is very unsure and even if you take everything into account, it can still surprise you. 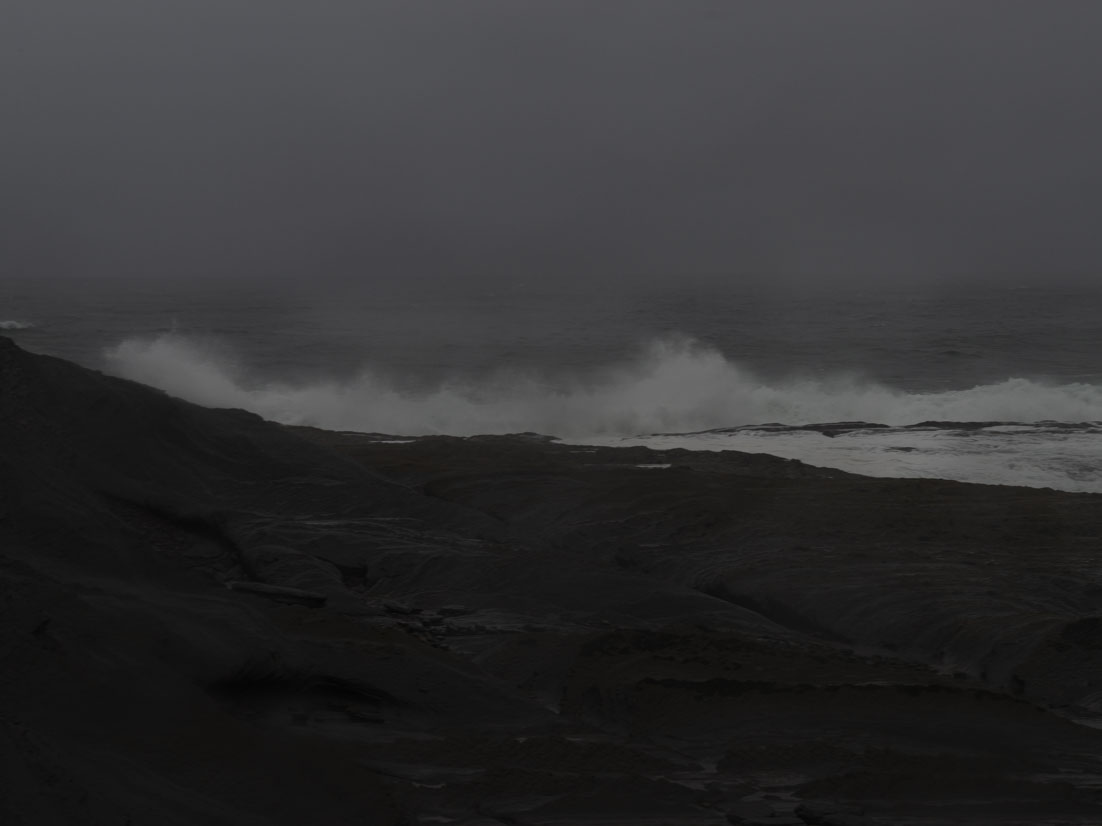 I am searching for a collaboration between myself and the elements. This video is a part of a process where I am mostly focussing on water, fire and earth.
https://vimeo.com/617830483

Today I woke up at 5 in order to go back to my coastal territory and made this slightly obscure video during one of my landscape performances.

I am very happy to announce that I was granted the opportunity to spend the coming three months in Bilbao in order to create a new work called A Conversation with the Landscape. This project consists of a series of interventions, performances, photo works and evolving art pieces within the coastal landscape of Biscay.
The last few months I’ve been very busy in order to arrange this project which is why I couldn’t upload any new content on this blog. From now on I will keep you up to date with my findings within this landscape and the art scene of Bilbao!

Today my online solo show organised by the RAM gallery started! The exhibition is part of the platform Talent-Room and is visible on Galleryviewer. Check it out! 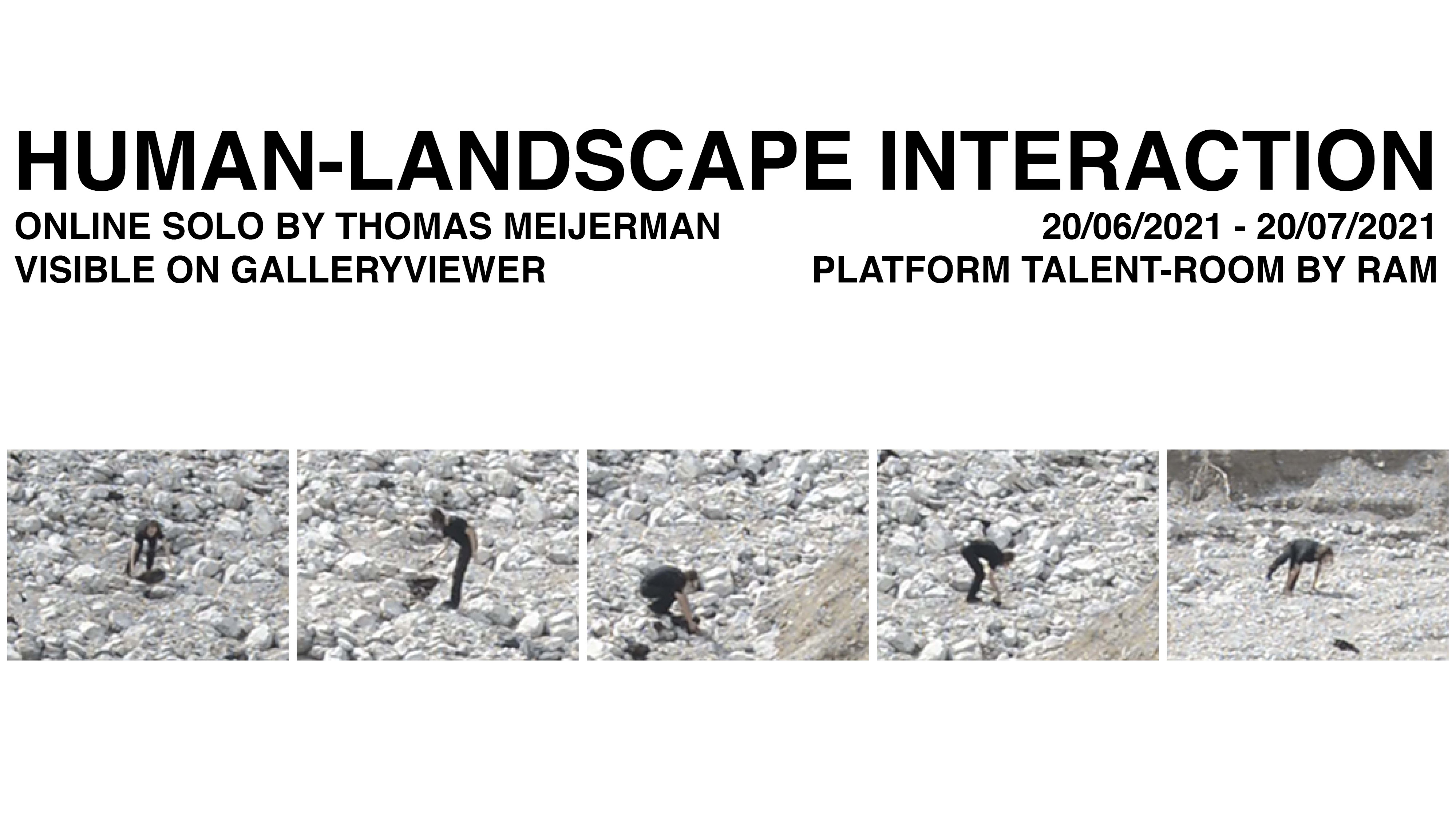 The exhibition Here We Are Now at the Arwe Gallery is now extended till the 21st of November. The exhibition is with recent graduates of art academies and post graduates. I am showing three of my projects in four photos and four videos. You’ll find all the information needed on the gallery’s website; https://arwe.gallery/.

The 3th of October, there will be a new exhibition opening at a new gallery. Edwin Spek curated an exhibition with five people who have recently finished an academy or postgraduate. The exhibition will take place at the ARWE Gallery in Gouda from the 3th of October up and until the 24th of October and I am one of the exhibitors. The works I will be showing are Positioning in the Chain of Creation, Human Nature and Island Discovery. Feel free to check out their website and take a look at the invitation below!

I recently graduated from the Willem de Kooning Academy who made a catalogue of all the graduation works.

The link to the catalogue is:
https://graduation.catalogue.wdka.nl/projects/

The link to my work within the catalogue is:
https://graduation.projects.wdka.nl/2020-thomas-meijerman/

Since Wednesday 27/05/2020, my new, primal landscape has been evolving at Willem Buytewechstraat 149 in Rotterdam. These are the first plants that started to grow in there.

Starting Wednesday 27/05/2020, there will be a new, primal landscape evolving at Willem Buytewechstraat 149 in Rotterdam. Feel free to walk by or send me a message for more information and a peek inside. I will also invite a small group for an opening with a performance and drinks later on, let me know if you want to be included. 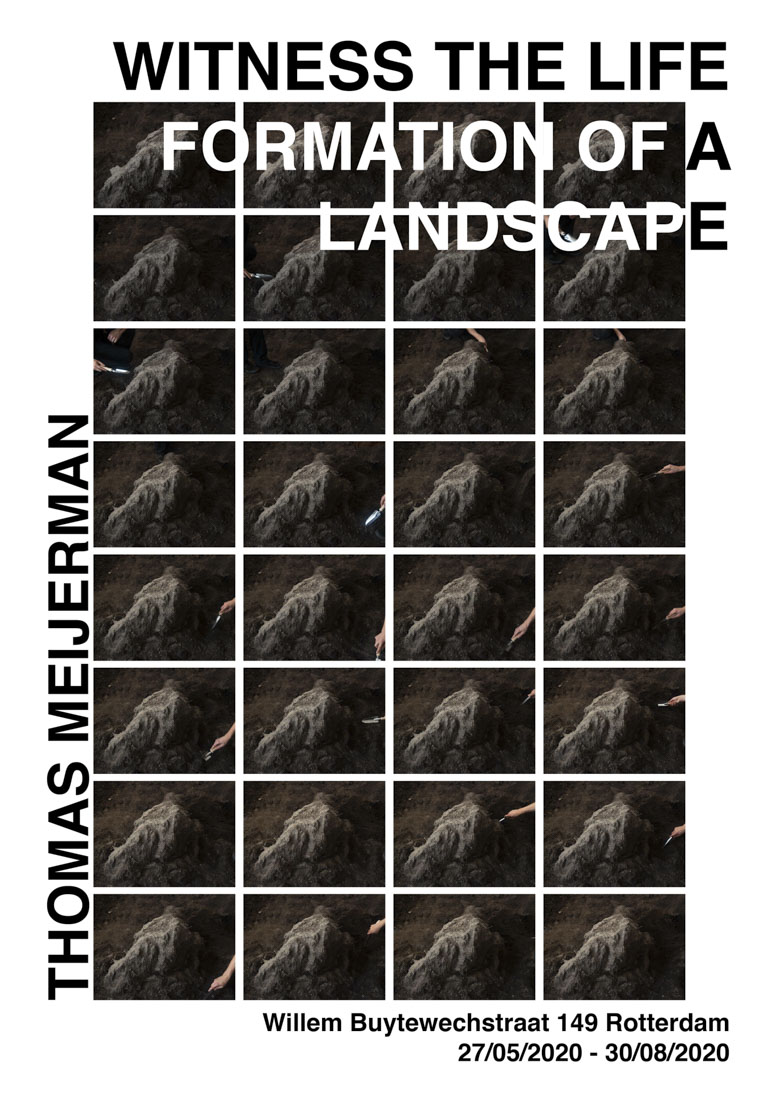